When you go to a country for the first time, it is normal to have a lot of questions, so here we will try to help to answer some of them. Here are some of the most frequently asked questions about Iceland.

Despite its name, Iceland maintains moderate temperatures all year round, thanks to the Gulf Stream. If the average summer temperature is rarely higher than 15°C, the winters are not as cold as you might imagine. Temperatures in the winter very rarely go below -5/-10°C (unless you are in the highlands or on glaciers, then it can drop to -25/-30°C). The weather in Iceland is very unpredictable and changeable, it very often rains and there is usually quite a lot of wind.

2. HOW SHOULD I DRESS IN ICELAND?

As the Icelandic weather is so changeable and unpredictable, make sure you bring warm clothes with you when you come to Iceland, no matter the season. It is advisable to dress in layers, have good shoes and a water-resistant jacket. Don’t bother carrying your umbrella around as it will most likely break with the wind! And make sure you bring a bathing suit, so you can join the locals in one of the many geothermal warm pools that are open all year round in Iceland.

3. WHEN IS THE BEST TIME OF THE YEAR TO VISIT ICELAND?

This question is very hard to answer. Iceland offers different things in each and every season, it really just depends on what you are into. The winter season is considered to be “low season” because the temperatures are colder, and days are very short with only a few hours of daylight. Pros of the winter: fewer people, lower prices (except the Christmas and New Year’s Eve Holidays), the chance to see the Northern Lights, the possibility to visit glaciers’ natural ice caves. Summer days are warmer and never-ending, giving you more time to explore the country. The roads to the highlands are only open in the summertime and many hikes are only doable in the warmer months. 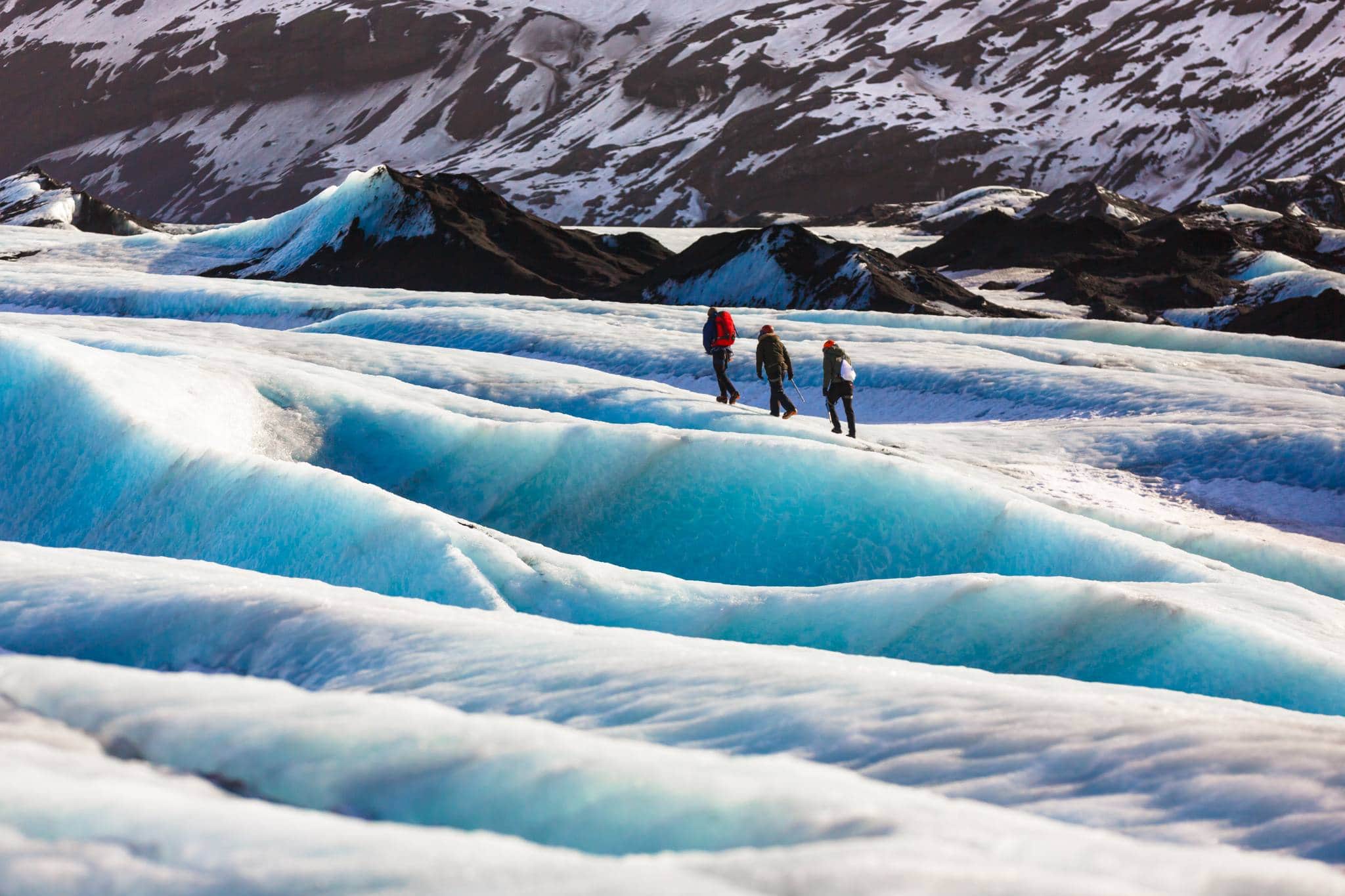 4. WHERE AND WHEN CAN I SEE THE NORTHERN LIGHTS IN ICELAND? 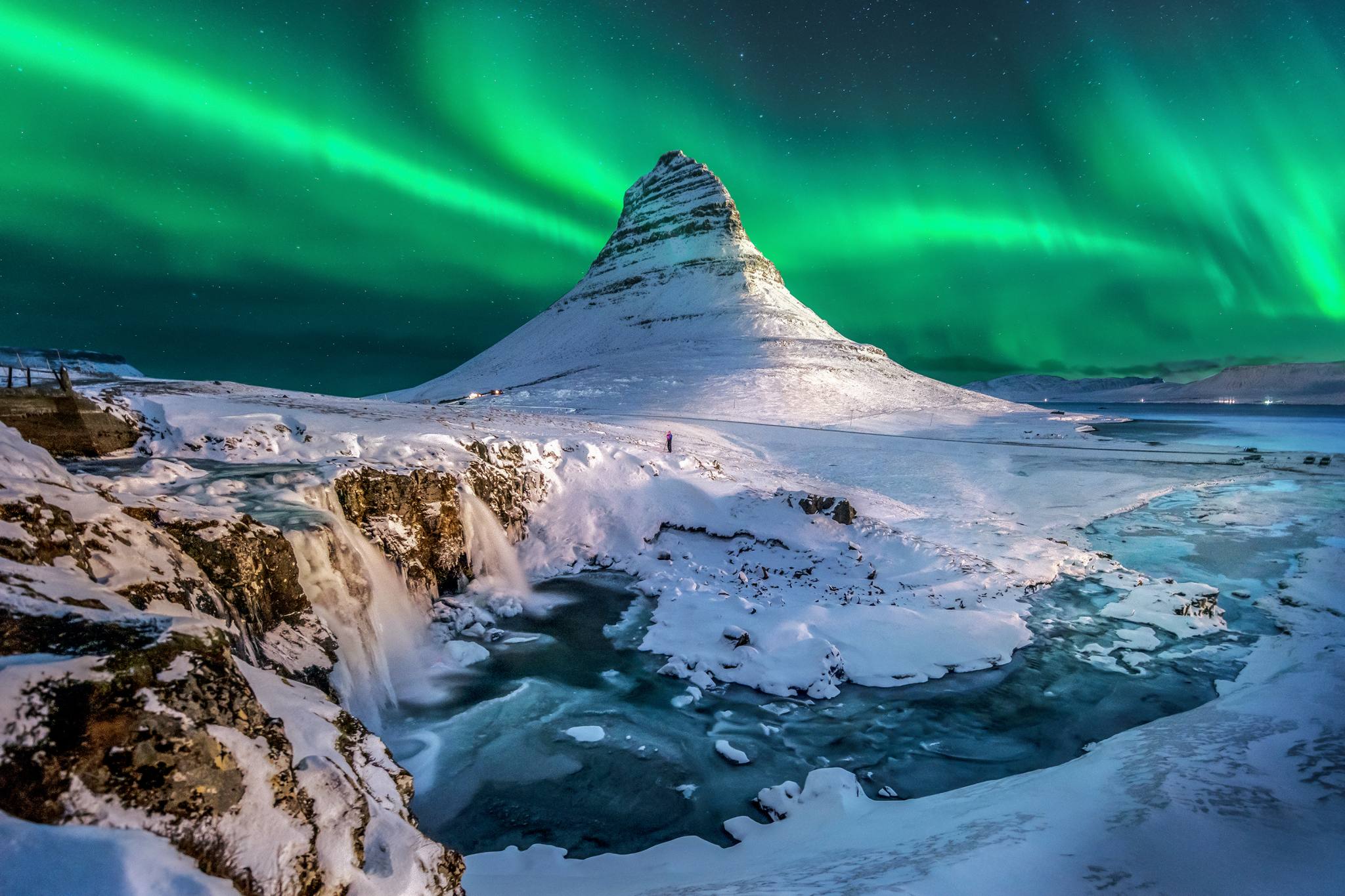 5. WHAT ARE THE MOST IMPORTANT PLACES TO VISIT IN ICELAND?

Iceland has countless natural wonders that can be explored on your own or with guided tours. The most popular sightseeing tour in Iceland is by far The Golden Circle Tour which stops and Thingvellir National Park, Geysir and the waterfall Gullfoss. Another popular tour is the South Coast Tour to Vik, where you can see the amazing Seljalandsfoss and Skógafoss waterfalls, and beautiful black sand beaches. A bit further away from Reykjavik but not to miss if you have time is The Glacier Lagoon with its floating icebergs. The Snaefellsnes Peninsula and the North with Akureyri and Lake Myvatn are also places you should visit. And of course, you can’t leave Iceland without having visited one of its geothermal pools, whether it is one of the many public swimming pools located all over the country or one of the more luxurious spas such as the Blue Lagoon. Read more about Geothermal Pools in Iceland here. Iceland also offers a wide range of fun and exciting activities: snowmobile tours on the glacier, tours to ice caves in the wintertime, lava caves, snorkeling, boat rides, rafting, glacier walks, whale watching and many more. Check them out here. 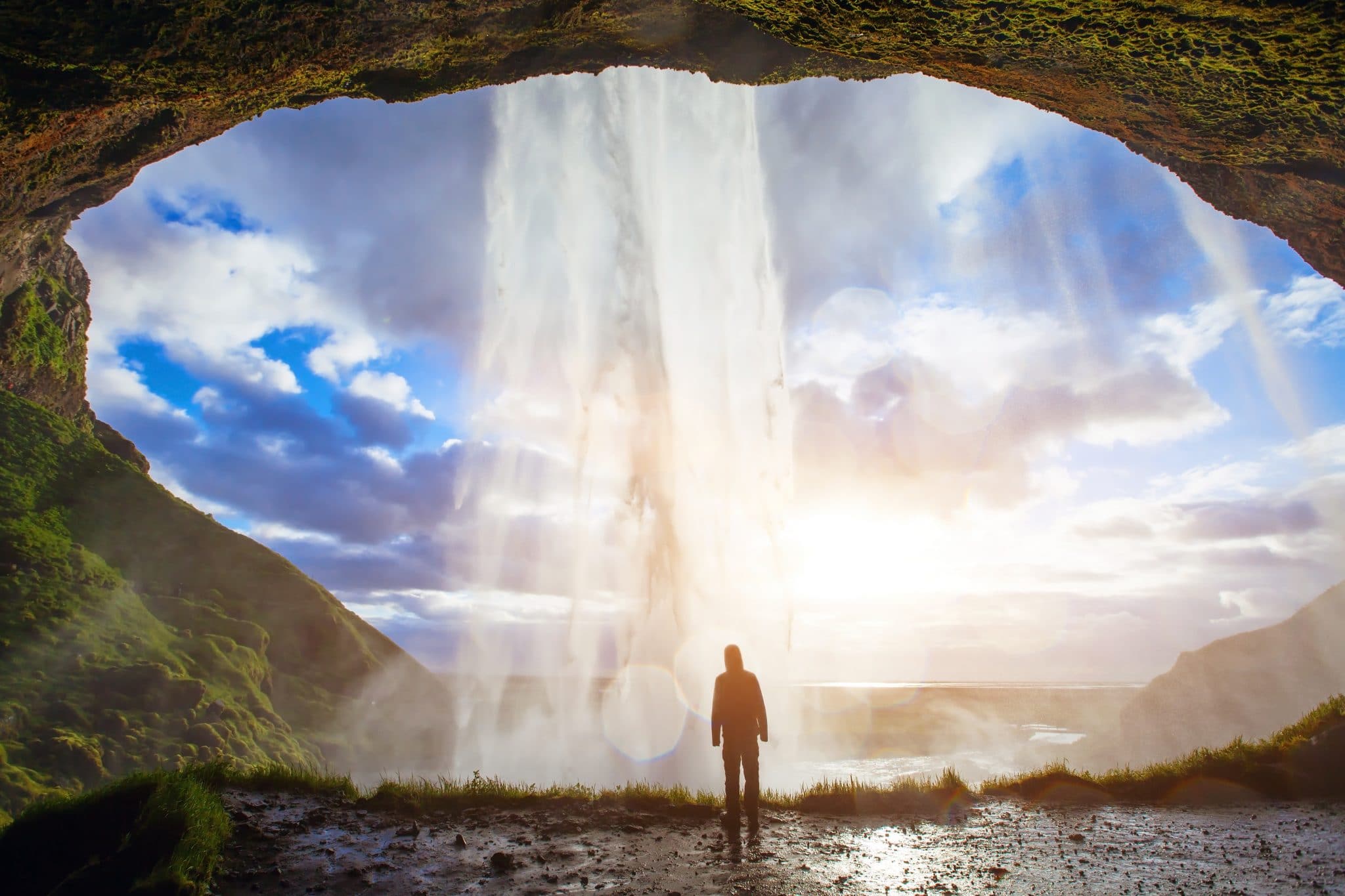 6. WHAT CAN I DO IN REYKJAVIK?

Reykjavik, the world’s northernmost capital, is a very lively city which offers a selection of museums, galleries, shops, and restaurants. There are interesting buildings such as Harpa -the music hall made of glass, Hallgrímskirkja -the church from which bell tower you can enjoy a beautiful view of the city, and Perlan with its glass dome, observation deck and interesting museum with an ice cave. Take a stroll around Reykjavik’s old harbor and in the downtown area before blending in with the locals in one of the city’s many little cafes or one of Reykjavik’s swimming pools. 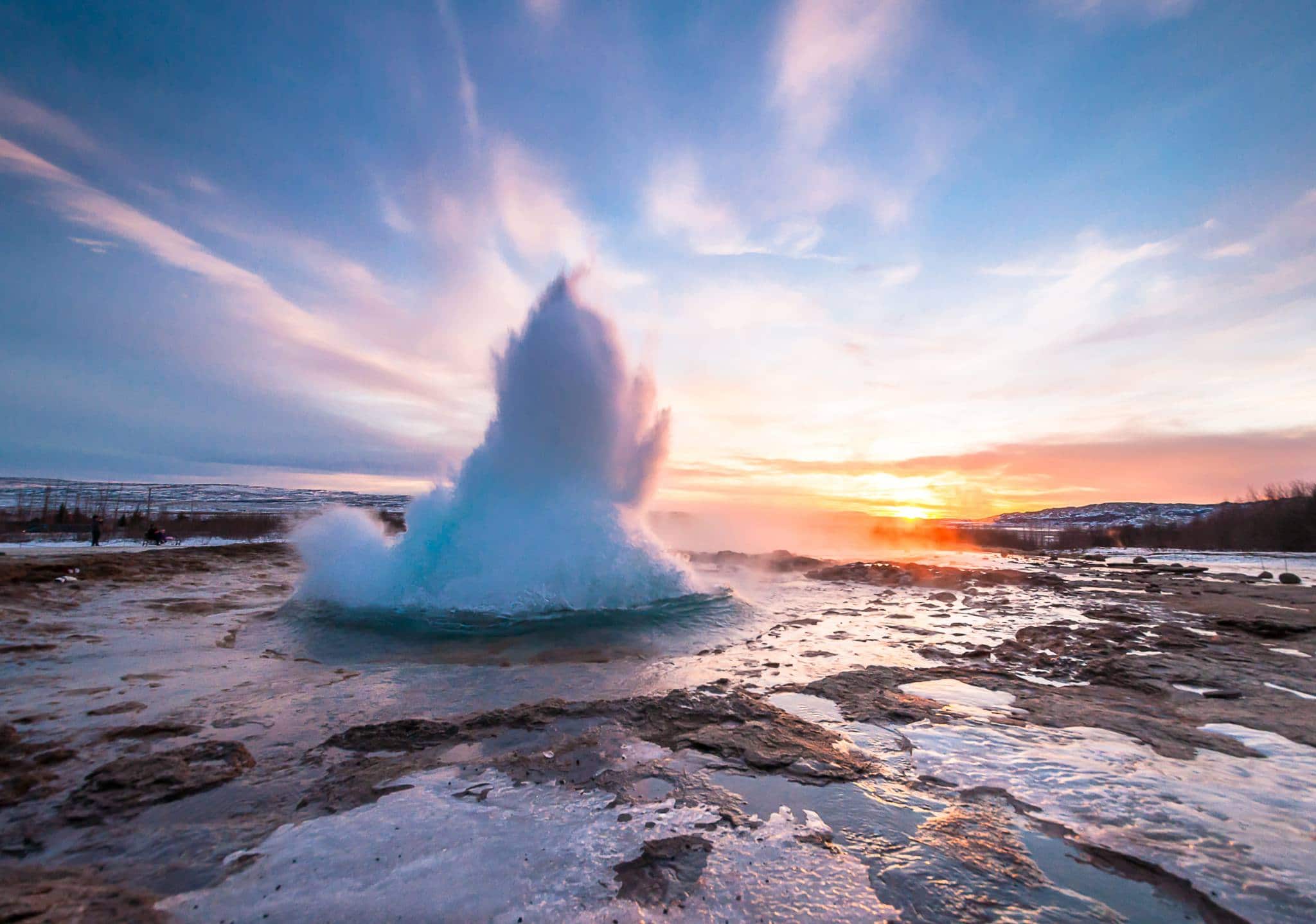 7. WHERE CAN I GO WHALE WATCHING IN ICELAND?

Whale watching has lately become a very popular activity in Iceland. Most people say the best place in Iceland to do whale watching is Husavik, in the north, but you can find whale watching tours from many towns around Iceland, also from Reykjavik. 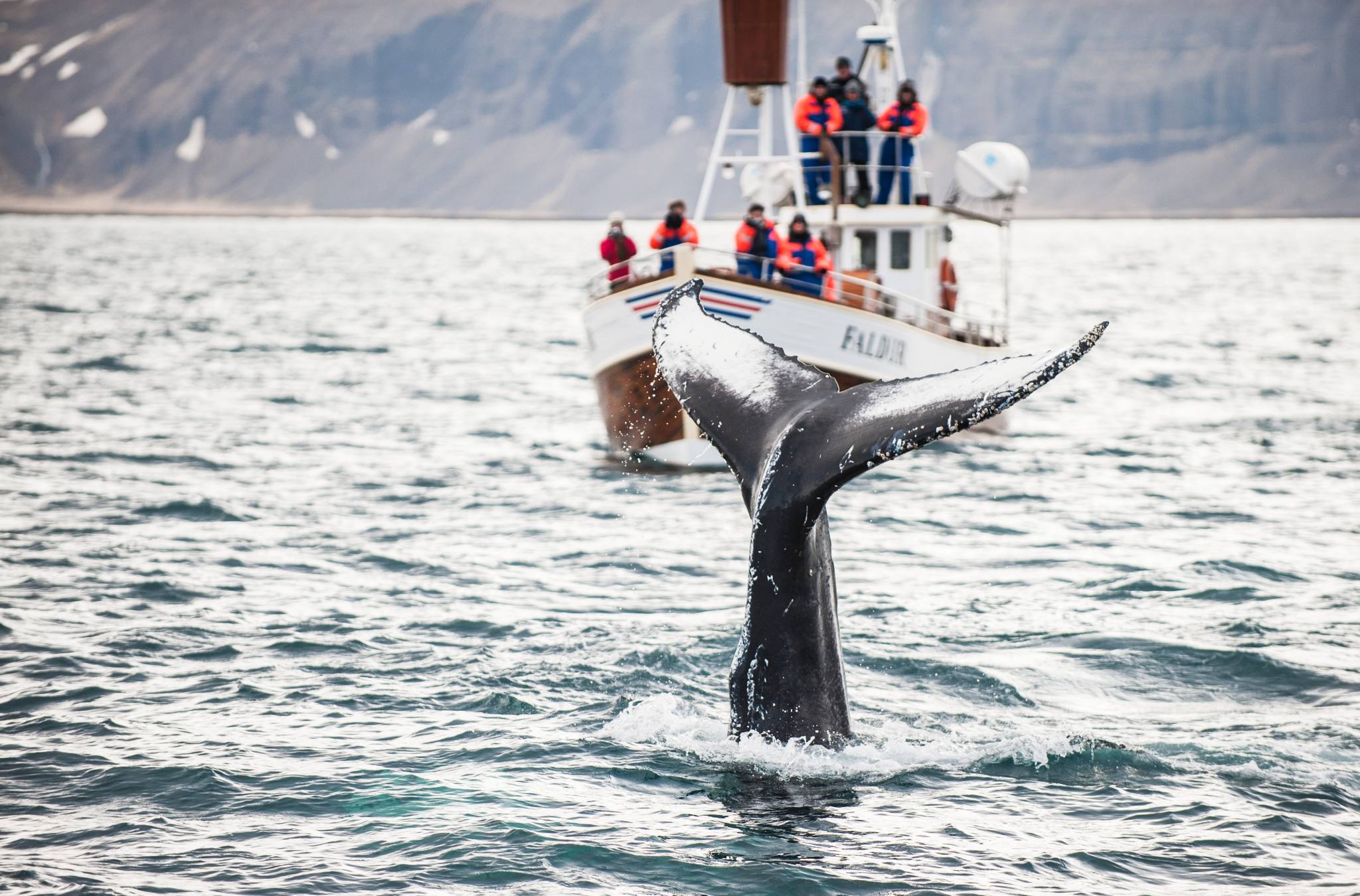 8. WHEN AND WHERE CAN I SEE PUFFINS IN ICELAND?

The lovely puffins can be seen in Iceland during the summer. The first puffins usually arrive in May and they leave in September. Puffins can be seen on cliffs or small islands pretty much all over the country. The most popular places where you can see puffins are Vestmannaeyjar (the Westman Islands) and the Látrabjarg cliffs in the West Fjord, but you can take boat tours from Reykjavik and from most towns in Iceland to admire these beautiful birds. 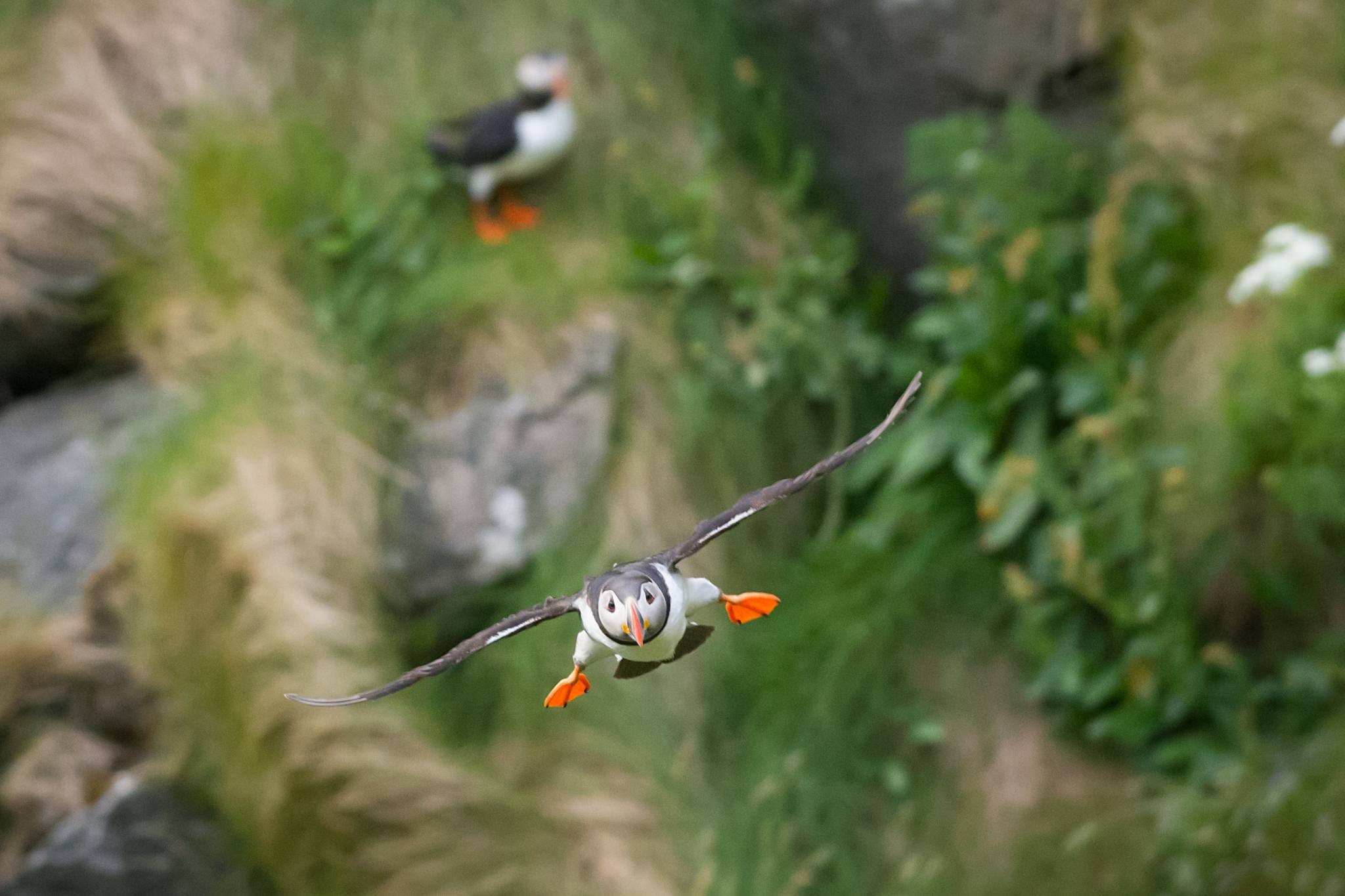 9. WHAT FOOD DO I NEED TO TRY IN ICELAND?

When in Iceland, you must try the famous Icelandic hot dogs from the equally famous hot dog stand downtown Reykjavik called “The best hot dog in town”. You should also not miss skyr -some sort of skimmed milk curd Icelanders have been eating for centuries, maybe adding a bit of sugar, blueberries, and cream. Lamb is a very popular food in Iceland, where the use of hormones in livestock is forbidden by law and lambs and sheep roam freely in the mountains over the summer. If you feel adventurous you can try some old traditional dishes such as fermented shark and sheep head.

10. WHAT IS THE LOCAL CURRENCY IN ICELAND AND WHERE CAN I EXCHANGE MONEY?

Iceland’s currency is the Icelandic Krona (ISK). In Reykjavik’s city center you might find places that accept payment in foreign currencies (most likely Euros and Dollars) but you should use Icelandic money for your purchases. You can exchange money at the airport or in any bank. ATM’s are largely available and you can use your credit card everywhere in Iceland, except on public buses inside Reykjavik’s city area. Visa and MasterCard are widely accepted, sometimes also American Express. Now that you know more about Iceland, you are ready to come visit. If you have more questions, feel free to get in touch with us, we will be more than happy to help. Take a look at our premium tours for some fantastic experiences.

Visit the puffin colony to get an extra-close look at these adorable birds.